Expedia Inc NASDAQ:EXPE has released its second quarter results for the fiscal year 2014, beating analysts’ expectations which helped the stock to advance by 5% in the aftermath. In a segment on CNBC, Dara Khosrowshahi, Expedia’s CEO has commented on the company’s strong second quarter results, saying travel market is expanding and “online” takes an ever increasing chunk of it.

The travel company has seen its gross bookings number rise to $13 billion in the second quarter and its revenue increase by 24% year-on-year. Room nights grew at a pace of 20%, hitting a record, and adjusted earnings per share jumped 60% year-on-year.  Such positive results give the company an opportunity to spend more on marketing and investment, which in turn brings more customers and revenue, according to Khosrowshahi.

“Right now we are in a pretty good spot within a competitive marketplace. […] We are seeing our marketing spending going up faster than revenue but these are big scale businesses when you’re talking about $13 billion of gross bookings in one quarter, so we are able to scale off of our fixed expenses. So I think it is a great situation when you can spend aggressively into marketing but still increase profits […],” he added.

Last week, Expedia Inc NASDAQ:EXPE’s competitor Priceline Group Inc NASDAQ:PCLN announced the acquisition of OpenTable Inc NASDAQ:OPEN for $2.6 billion in cash, in a deal that marked its expansion into the restaurant business. Asked if  Expedia Inc NASDAQ:EXPE has similar plans, Dara Khosrowshahi said that such a move is not in the cards at the moment, as there are still plenty of opportunities in the travel market, which is a $1 trillion dollar-industry and growing. He has disclosed instead that the company plans to look for growth in Europe and Asia.

Sabre Corporation, the leading technology provider to the global travel and tourism industry, has renewed its technology agreement with Accor Hotels to continue marketing and selling Accor’s room inventory and rates in the Sabre global distribution system.Travel agents using the Sabre global travel marketplace will be able to access room rates and availability for all 13 Accor brands and 3,600 hotels in 92 countries.Based on Sabre’s unparalleled access to more than 400,000 travel agents worldwide, Accor also will extend its advertising program within the Sabre travel marketplace.

“Innovative hoteliers like Accor are constantly evaluating ways to most effectively reach travel agents and travelers,” said Carlo Olejniczak, senior vice president, Global Sales for Accor.  “The Sabre travel marketplace is an important part of our sales and distribution strategy, and Sabre has consistently delivered value and creative ideas to help accelerate our growth.”David Gross, senior vice president of Supplier Commerce at Sabre, said: “Accor hotels’ brands are constantly reinventing their concept to satisfy the needs and expectations of business and leisure customers alike, and Sabre is proud to showcase Accor’s content in the Sabre travel marketplace.

“Sabre® is a leading technology provider to the global travel and tourism industry. Sabre’s software, data, mobile and distribution solutions are used by hundreds of airlines and thousands of hotel properties to manage critical operations, such as passenger and guest reservations, revenue management, and flight, network and crew management. Sabre also operates a leading global travel marketplace, processing over $100 billion of estimated travel spend in 2013 by connecting travel suppliers to their most valued customers, the business traveler.  Headquartered in Southlake, Texas, USA, Sabre operates offices in approximately 60 countries around the world.

Controlling your own customer experience has never been more important.

Walking into a supermarket you will often see consumers choosing to scan their own groceries or even ordering produce directly to their door.

It’s all about being independent and the extensive array of online tools has made it exceedingly easy.

Customers are now more aware of what they want and are able to cut out the seemingly now trivial ‘middle man’ of the sales advisor.

The travel industry has been shaken up pretty roughly by this transition.

No longer needing to rely upon professionals to book their holidays, travelers are purchasing their own getaways by using comparison and customization platforms.

Indeed, a One Poll survey found that 62% of those questioned believed that Travel Agents was a dying business.

Price (75%) was the highest ranking factor that affected their decision making process, meaning travel agents are having to work much harder to generate business.

But, how can travel brands stop themselves slipping into the industry abyss?

There has been a steady rise in the amount of people choosing to travel, with over one billion people (globally) vacationing each year. 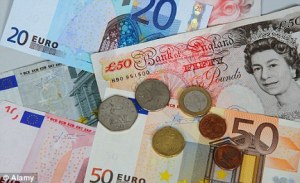 This increase in global travelers has been in part facilitated with changDing ways that people arrange their travel, and many businesses have had to adapt fast.

Building on customer relationships and identifying a sense of brand reputation has meant that some companies have continued to survive against independent booking websites.

In fact, a great knowledge of target audience partnered with swift action and marketing nous has lead to a few travel agencies flourishing.

Being able to listen to customers and adapt strategy can bring you popularity and cult status, as demonstrated by Expedia Canada.

The advert featured a rather annoying violin solo, which after repeated showings increasingly grated on the viewing public.

People took to Twitter to vent their hatred of the infernal racket. Expedia were soon confronted with a barrage of complaints.

The brand responded quickly, and put out a replacement video which depicted the violin being flung out of the house, a direct response to the complaints made online.

This let consumers know that Expedia was listening to their feelings in a physical and daring way.

This clip directly addressed the preferences and desires of the audience as the violin is smashed up by one of those tweeters complaining about the ad.

This direct, agile approach let the audience know that every single comment is being examined and acted upon, even a solo tweet from a small user.

When you analyse the social data surrounding the campaign the brand was successfully able to eliminate the negative conversation.

Moreover, they managed to maintain buzz and even experienced an increase in chatter on release of new videos.

What this demonstrates is not only the power of listening, but also of an agile marketing strategy.

Good marketers don’t stick to the original plan like glue, they react to trends and opportunities.

In fact, one of the most popular campaigns of 2013 – dunk in the dark by Oreo, was a reaction to listening to public conversation on the live blackout at the Superbowl.

Using emerging technologies allows marketers to weather the storm of reactions and also adapt their strategies.

Putting the customer at the forefront of your campaign and listening to their conversations means that a greater connections can be formed.

This is especially important for those within the travel industry who need to maintain loyalty and build on brand reputation.

This case study was taken from our latest report on Travel and Hospitality.

via Expedia Demonstrate The Power of Agile, Responsive Marketing.

Amadeus, a technology partner for the global travel industry, has announced its 13th consecutive annual participation at Arabian Travel Market (ATM), the Middle East’s premium travel and tourism exhibition. ATM 2014 is set to run from 5 – 8 May at the Dubai International Convention and Exhibition Centre.

Amadeus’ new corporate branding and identity, ‘Let’s shape the future of travel’ will be on spectacular display at ATM 2014. Amadeus will additionally leverage its presence at the region’s definitive travel exhibition to establish effective collaborations with customers and partners towards positively and sustainably impacting the travel landscape.

Exhibiting at stand TT6020 in the Technology Hall at ATM 2014, Amadeus will introduce visitors to its latest range of travel technology products and solutions aimed at empowering travel partners to ‘Connect, Serve and Manage’ their business. In addition, the travel-technology expert will highlight solutions designed to meet the demands of the next generation traveller, a key focus area for the industry today.

The solutions include enhancements to its market leading mobile platforms and technological solutions that enable travel agents to go online and corporations to provide self-service travel tools. Amadeus’ new traveller alert technologies will also be on display along with a Social Media Suite that enables travel agencies to engage more actively with their customers.

next generation traveller, connectivity, personalisation and sustainability are paramount, and as service providers in an end-user driven industry, we need to be geared to meet these demands. Amadeus has been working relentlessly over the years to observe, understand and anticipate the changing end-user dynamics that directly impact travel trends.

“Our research has enabled us to design comprehensive solutions that equip the industry to serve their customers in a mutually satisfying and sustainable manner. ATM 2014 provides the ideal opportunity for Amadeus to showcase our portfolio of avant garde travel technology solutions that enable our customers to stay well ahead of the competition in an increasingly dynamic trade environment.”

Amadeus will host a press conference on Day 2 of ATM – Tuesday, 6 May – to highlight its Travel Intelligence and Big Data Tools. Given the relevance of market intelligence for all types of travel agents, Amadeus will demonstrate the integration of its leading Big Data technologies into the travel agency environment for improved decision making and productivity. Senior company executives will also share significant travel trends with the media.

As part of its participation at ATM 2014, Amadeus will also conduct two seminars on 6 and 7 May, gathering customers, travel industry players as well as the media. Headlined ‘Big Data and Advertising’, the first seminar will focus on ways to leverage Big Data to rapidly obtain market insights, and subsequently optimise promotional spending by utilising all available platforms.

The second seminar, ‘The Future of Online Travel in MENA’, will provide an overview of the online travel landscape in the MENA region, and share insights gained via Amadeus’ new travel intelligence tool. Visitors to the Amadeus stall at ATM 2014 will also receive a sneak-peek of Amadeus’ soon-to-be published research paper ‘The Future of Travel in the GCC’.

An event with high regional relevance, Arabian Travel Market 2013 witnessed a participation of more than 8,473 exhibitors and over 21,000 visitors, 77% of them from the GCC countries. ATM 2014 will serve as a perfect platform for Amadeus to reinforce its position as a leader in the global and regional travel market with the purpose of shaping the future of travel.

via Amadeus to Showcase connected, personalised and sustainable travel solutions at ATM 2014 |.

Job site CareerCast recently put them on its “most useless professions” list, many consumers have stopped calling or visiting them, and even some within the industry worry they may soon be out of work. After all, when it’s so easy for consumers to plan and book their own travel online, does anyone need a travel agent anymore?

While “travel agents used to be mostly mom-and-pop, brick-and-mortar shops selling trips to Disney World and cruises and things like that,” that’s all changing, says Elias Garcia, a marketing specialist at travel company Global Basecamps. Many agents still provide such services of course, but fewer and fewer are doing so, because those package deals, as well as one-off plane tickets and hotel rooms — once more difficult for regular people to find and compare on their own — are now at most everyone’s fingertips, he says. Despite that, one in four airline tickets is still sold by brick-and-mortar travel agents, according to industry estimates. (70% is for corporate travel and the rest leisure.)

The Travel Marketing Store, we are now starting a blog for CMOs InTravel..