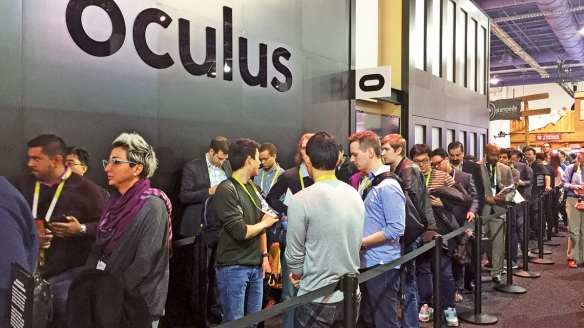 Mount your headsets and get ready. Virtual reality (VR) is fast-tracking its way to possibly reinventing the way travel is marketed and sold.

The highly engaging, interactive VR environments that are already taking the tech and gaming industries by storm offer the travel industry an entirely new platform for selling travel as the technology is rapidly becoming more accessible to the masses.

“The travel industry is going to be one of the industries that will be most impacted by the onset of virtual reality,” said Abi Mandelbaum, CEO of YouVisit, which helps create and distribute VR video content for various companies, including numerous travel suppliers such as Carnival Cruise Line and destination marketing organizations.

“How do you give somebody a sense of what it’s really like to be somewhere without principally being there?” Mandelbaum said. “Why do people go on TripAdvisor? Because they want to get a better feel for the place. We see [VR] as a very natural evolution that has taken place [in travel marketing], from text to photos to videos to virtual tours to virtual reality. The main thing that makes the virtual experiences unique is that they’re interactive. That interactivity leads to immersion, and that immersion leads to conversion.

“YouVisit was among the growing number of VR vendors showcasing their products at the Consumer Electronics Show #CES# in Las Vegas earlier this month, where VR content creators and hardware manufacturers were inundated with attendees hoping to experience the latest in VR technologies.

From the much-buzzed-about, Facebook-owned Oculus to the impressive upstart HTC Vive, from companies selling live-event VR capabilities to outfits hawking the 360-degree cameras and contraptions necessary to create VR video content, the VR arena was where the action was at CES. And according to industry insiders, tuned-in travel companies should be just as amped about the exploding technology.

Sean Whitmore, a senior analyst for San Francisco-based VR intelligence gathering and consulting firm Greenlight VR, said, “We’re seeing strong interest by Generation Z [people currently ages 10 to 17], who are likely to be early adopters of virtual reality-enabled headsets for travel-based experiences. However, as we’ve seen in the data for our upcoming 2016 Virtual Reality Consumer Report, Baby Boomers [people ages 51 and up] are also very interested in the concept of experiencing travel destinations through virtual reality, with 38% saying they are likely to try it.”

According to Whitmore, travel companies would be smart to start experimenting with different kinds of VR marketing efforts in order to see what works best for them and to begin to get a better sense of the level of investment required and what the potential returns will be on that investment.

“It’s important to recognize that the industry is in the early days of VR as a medium for brand advertising, and as such, measurability remains a challenge,” Whitmore said. “Despite the challenge of measurability, some marketers are achieving impressive organic reach and millions of earned media impressions, while consumers are reacting very positively.”