An excellent post in The Drum by Louise Hodges, head of communications, Europe and global co-ordinator at Travelzoo.  Here she reflects on the issues that destinations have recently felt due to terrorism and keeps the tone positive.

Why the global travel industry needs to keep on moving 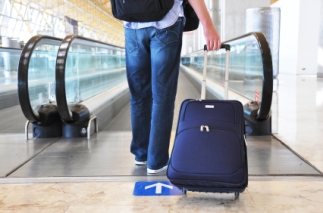 In the past six months we have witnessed an unprecedented series of events, creating a significant challenge for the global travel industry.

For the UK, the start of peak summer was rocked by the tragic attack on British tourists holidaying in Tunisia and, as the summer holidays got into full swing, troubles continued with the migrant crisis causing chaos for holidaymakers trying to cross the Channel Tunnel.   Greece’s economic woes rumbled on – however, Greece remained relatively buoyant, with UK bookings to the country actually up year on year across the summer months.

Following the attack in Tunisia, companies Travelzoo works with reported a dent in bookings to nearby countries, and a survey we conducted in September revealed that the safety and security of a country is the second most important consideration – overtaking weather, but still behind price and affordability.S

adly, the troubles this year haven’t stopped and the downing of Russian Metrojet Flight 9268 by terrorists has caused chaos for Sharm el Sheikh’s tourism region, which has serious work to do in order to win back the confidence of concerned British tourists. The Foreign Office’s ‘all but essential travel’ warning remains in place for Sharm’s airport, and some UK airlines are now extending their cancellation of flights until late December.

Millions of dollars of revenue from UK tourists is being lost and Egypt’s tourism bodies will have to think long and hard about what message to send out to consumers once the flight ban is lifted.  The ongoing attempt of Isis to create a culture of fear is relentless.

Friday 13 November brought tragedy to the streets and venues of Paris, a destination that is expected to generate almost $17bn in visitor spending in 2015.  Destinations are just like consumer products in that they rise or fall in popularity based on the public’s perception of the brand.   Unlike companies producing consumer products, however, tourism boards have a constant battle to own the ‘message’ about the destination.

Destinations also suffer far more from macro events that are often outside of their control – extreme weather situations, disease, geopolitical unrest, currency fluctuations and risk based on their proximity to other destinations grab media headlines and present a very different image to the one the destination’s marketeers are trying to build. Egypt has long been a favoured destination for tourists from the UK and other parts of Northern Europe for winter sun.

Alternatives include Morocco, the Canaries, the UAE, Turkey and Cyprus (although the latter two cool off in November). Following events in Tunisia, Travelzoo asked 2000 UK adults where they are now most likely to book a winter-sun break and the Canaries was the standout favourite, with further-afield destinations such as the USA and Caribbean rising in popularity. Morocco, Turkey and other North Africa and Middle East destinations fared less well.

However, the reality is the British tourist is resilient and also rather pragmatic when making a choice between plumping for a fantastic deal rather than staying home, scared to travel anywhere. That’s good news for both the travel industry and our ongoing fight against the will of terrorists to scare us into submission.  Looking at the reality – what people are actually buying and clicking on – we can see that our current deals Morocco and Turkey are in fact performing extremely well.

A £199-per-person five-star Marrakesh mini break was last week’s top deal in the Travelzoo Top 20 – generating far more interest than deals to European destinations such as the Algarve. Going back to two weeks ago, a week-long all-inclusive deal to Turkey was another top performer, and continues to sell well.

These destinations may need to put slightly better deals into the market at present than in easier times. However, recent events in Paris demonstrate that to stay closer to home with the notion that it is safer is to ignore the new reality that nowhere is safe, and therefore in some respects everywhere is equally safe.

Holidays keep us sane. They give us the energy to embrace our work, our lives and our futures with more hope and passion. Travel also broadens the mind and exposes us to other cultures and them to us, potentially leading to greater mutual understanding.

We must not allow recent events to create a generation of people too scared to set forth to new and exciting places armed with the knowledge that they will grow a little bit more from the experience.A well-known travel company’s slogan is ‘Travel Yourself Interesting’. Imagine how boring the world will become if we let those that try to scare us win.Louise Hodges is head of communications, Europe and global co-ordinator at Travelzoo