Why the Chinese are choosing Dubai over London, Paris.  Tourist arrivals to Dubai set to double to 540,000 By Waheed Abbas 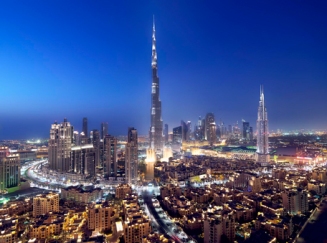 An average stay of Chinese tourists in Dubai will be approximately 3.2 nights during the 2013-23 period (File)

Dubai will be a hot destination for Chinese tourists in the coming decade, preferring the emirate over London, Paris and Sydney, according to a new study by a global hotel chain.

Favourable economic and demographic trends shaping the Chinese travel market are set to fuel huge increases in the number of Chinese travellers visiting the UAE over the next decade, said ‘The Future of Chinese Travel’ report published by InterContinental Hotels Group (IHG) in partnership with Oxford Economics.

The emirate will remain the most popular choice for Chinese travellers in the Middle East and Africa region (Mena) as tourist arrivals are set to almost double (up by 97 per cent) to more than 540,000 travellers by 2023 as compared to 276,000 in 2013, it said.

The travel, retail and entertainment centres of Dubai and Abu Dhabi have led the region, attracting an increasing number of Chinese tourists on leisure trips and cruises.

“Over the next decade, growth in arrivals to and nights spent in Dubai and Abu Dhabi is expected to top that of other major city destinations throughout the world, such as London and Paris in Europe and Sydney in the Asia Pacific region,” the report noted.

“As the volume of Chinese travellers grow in key cities such as Dubai and Abu Dhabi in the country, we must also ensure we are ready to cater to their and we are pleased to share that today nearly 40 per cent of our hotels in the UAE are now China Ready accredited. In the years ahead we will work towards growing this number alongside the growth that we can expect from Chinese guests.”

Globally, 90 million Chinese households will be travelling overseas by 2023.

The report also reveals the opportunities this forecast growth will present, as Chinese traveller preferences evolve towards long-haul, leisure-driven travel. The study reports that increases in leisure and retail spend will contribute to significant increases in the value of Chinese travellers to local economies.

via Why the Chinese are choosing Dubai over London, Paris – Emirates 24|7.