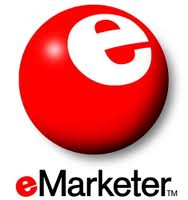 Consumers across the world are becoming more comfortable making purchases on the internet, and digital travel sales are beginning to mature on a global basis.

eMarketer develops digital travel sales estimates as a subset of business-to-consumer (B2C) ecommerce for 19 global markets, and according to our January 2014 forecasts, only three of those markets will still see double-digit growth rates by 2017: China, India and Italy. China’s robust 20.0% growth rate will be a significant outlier, with Italy and India increasing at 11.5% and 11.1%, respectively. We expect Spain to be the only other country growing faster than 7% in 2017.

Travel’s share of overall B2C ecommerce is often a bellwether for maturation of an ecommerce market overall, since travel tickets tend to be the first items consumers become comfortable purchasing online. In addition, due to its relative price tag in comparison with most retail items, travel often makes up a considerable portion of digital ecommerce before consumers adopt other types of retail purchasing.

eMarketer estimates that only four markets will see travel increase its share of B2C ecommerce between 2012 and 2017: Italy, Brazil, Finland and South Korea (the latter seeing a marginal 0.2-percentage-point increase)—while each of the other countries in our forecast will see travel lose share over the period.